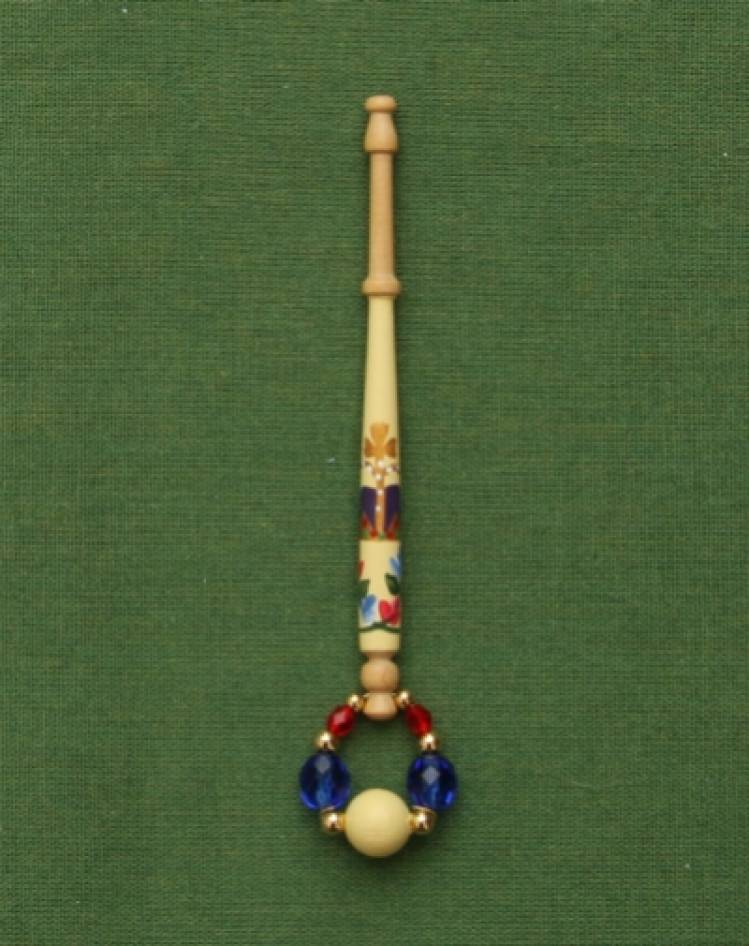 The latest addition to our Royal commemorative range. A bobbin to celebrate the 60th Anniversary of the Queen's coronation.

The body of the bobbin is painted in a soft cream colour and is decorated with a Crown and 2 laurals featuring blue and red flowers tinged in white.

60th Anniversary of the Coronation