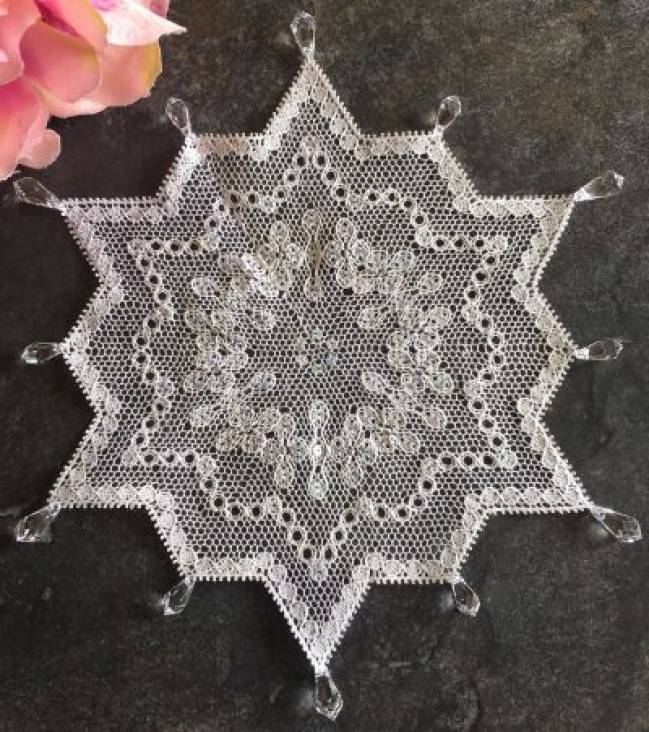 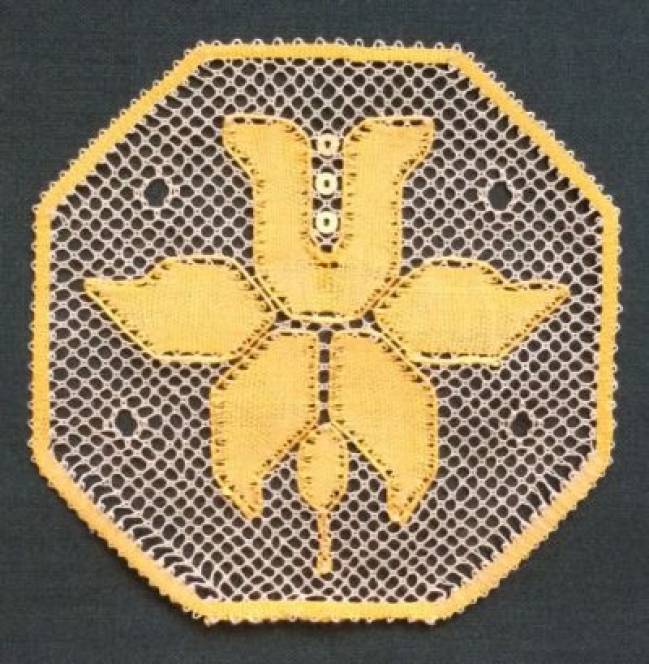 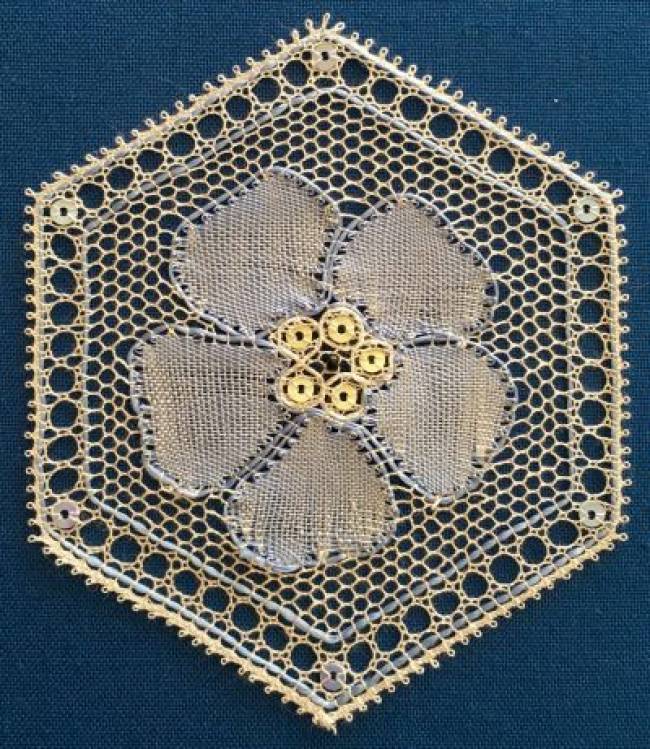 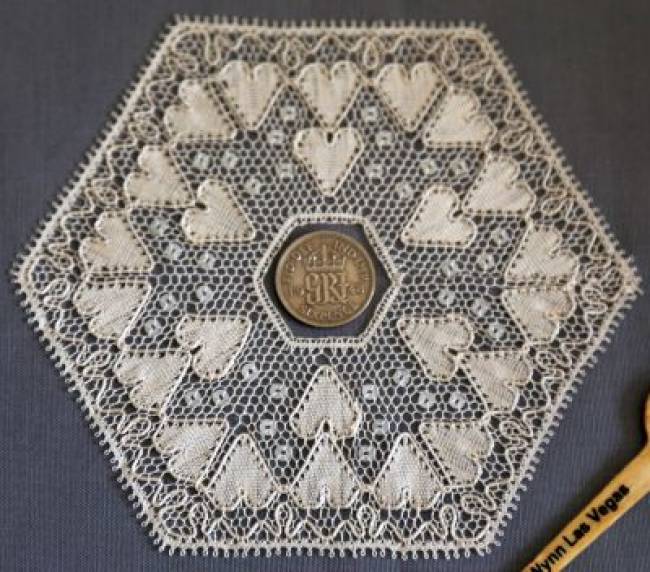 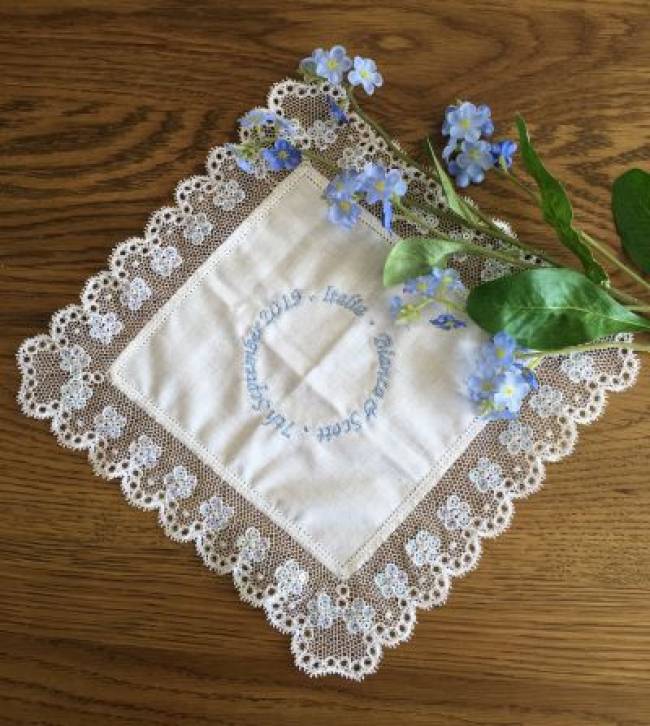 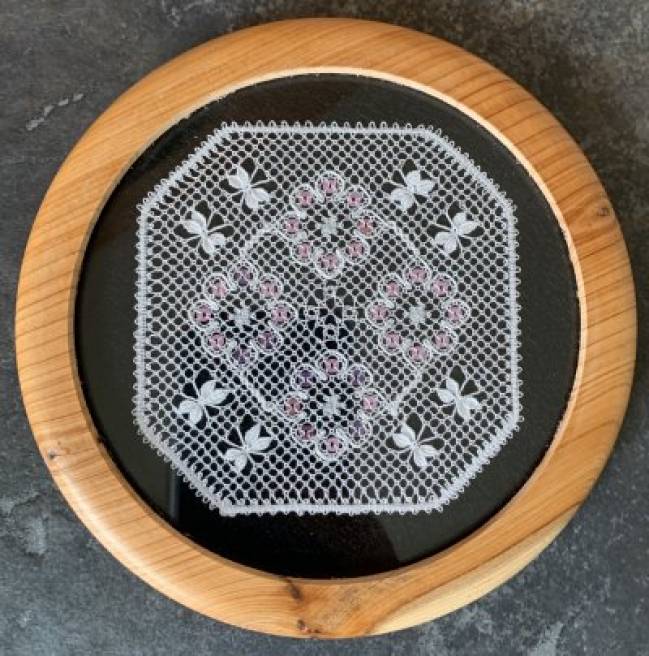 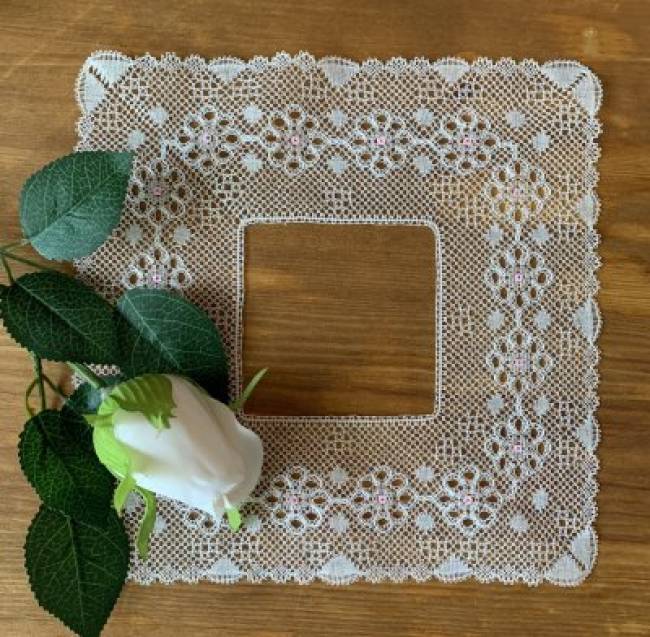 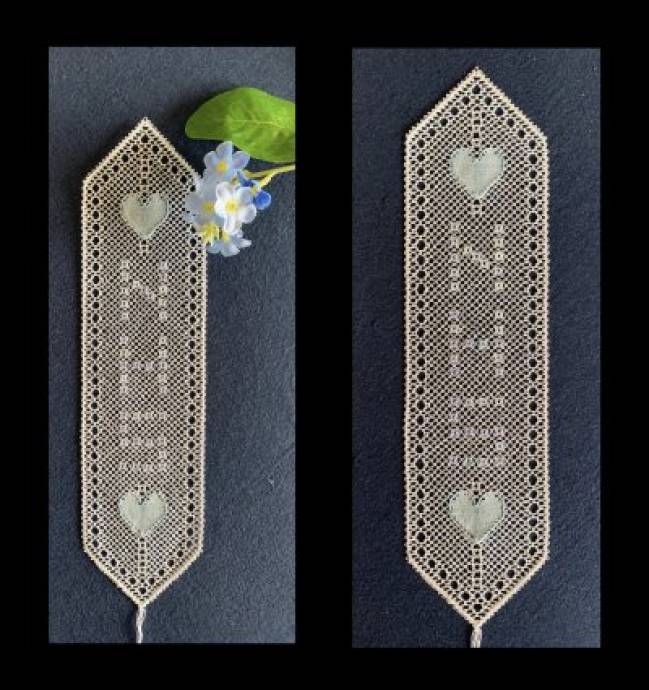 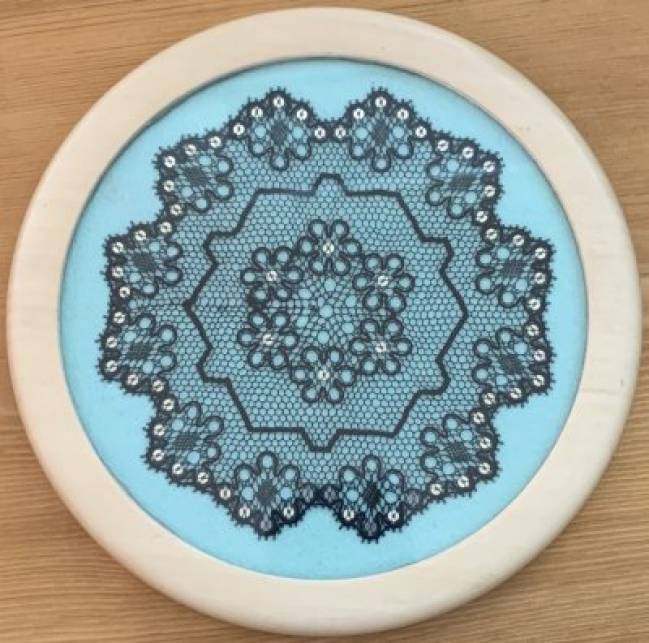 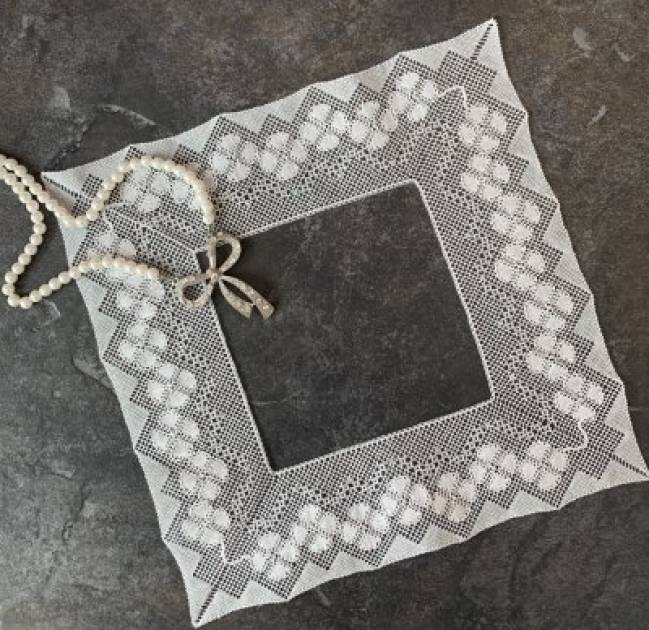 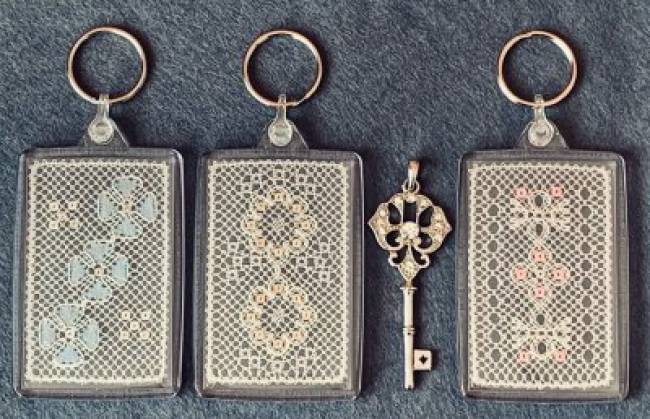 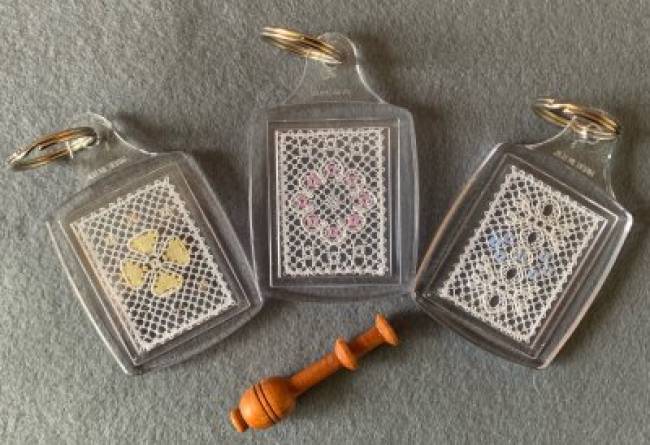 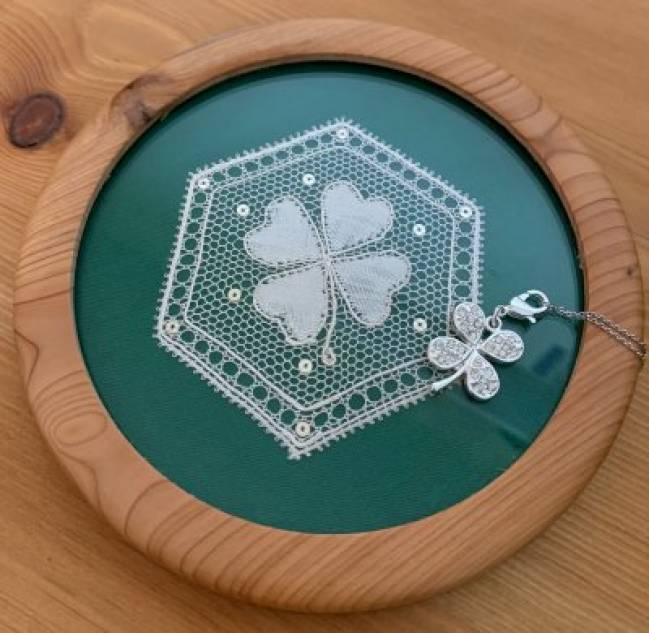 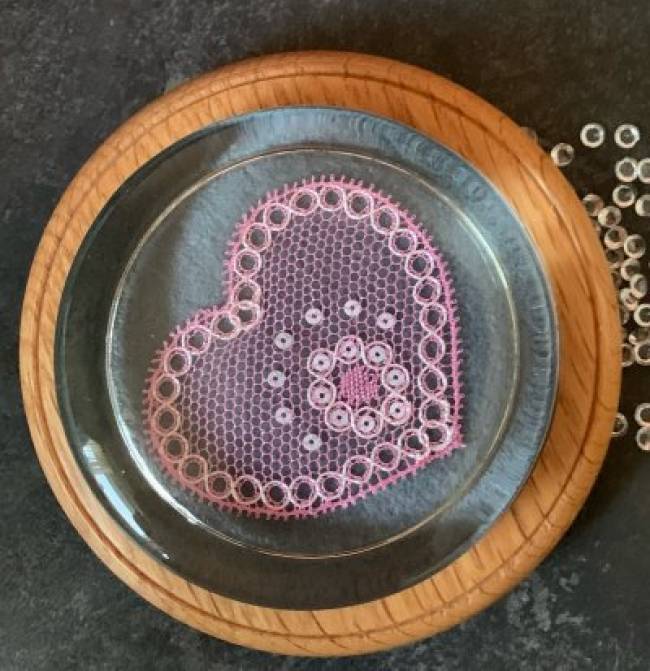 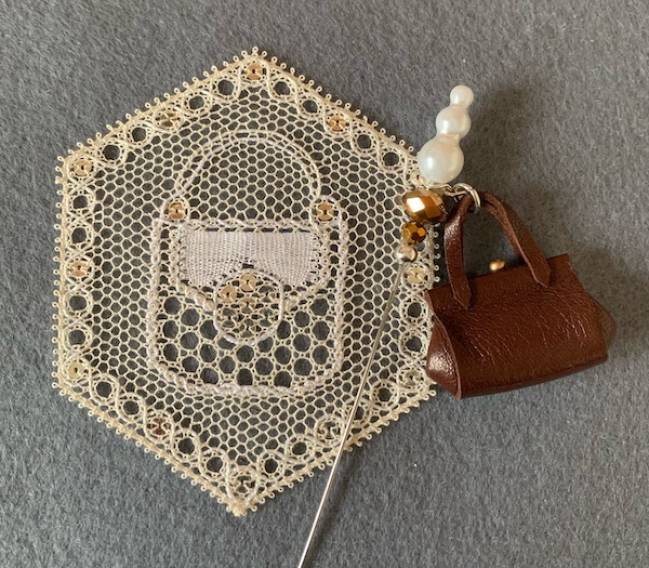 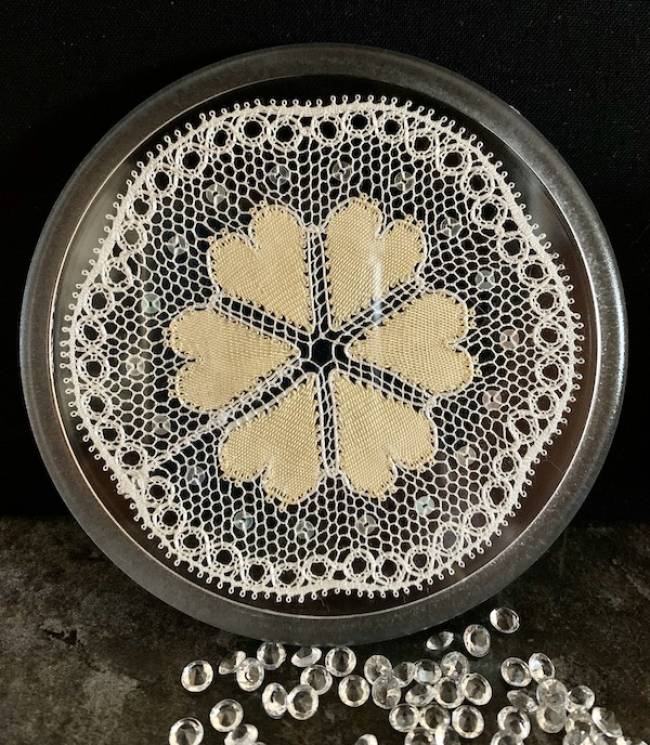 Sally Smiddy aka “Sparkle Queen” and co-author of ‘A Simply Sparkle Wedding’ started making Lace in 1980 having seen an article in her mother’s collection of old craft magazines. After a few failed attempts at trying to find evening classes, her wish came true when Anne Cope (affectionately known as ‘Annie’) started an evening class at the local school. Annie became Sally’s inspiration and was soon ‘hooked’. 1989 saw the birth of Sally’s son, but that did not stop her from working her lace…far from it, as often seen at her lace pillow with one foot on the baby rocker!

Having been a teacher in the past, Sally had always played with prickings, adjusting ‘here’ and tweaking ‘there’ plus sometimes completely redrawing by hand when required for both herself and her classes. Having met with Jane Lewis, who was also taught by Annie, her interest in designing started to take hold. Sally’s unique selling point is adding sparkle into lace which started many years ago but has since grown. Sparkle is not for everyone so all her designs can be worked without. As a result ‘Lace & Sparkle Designs’ was created!